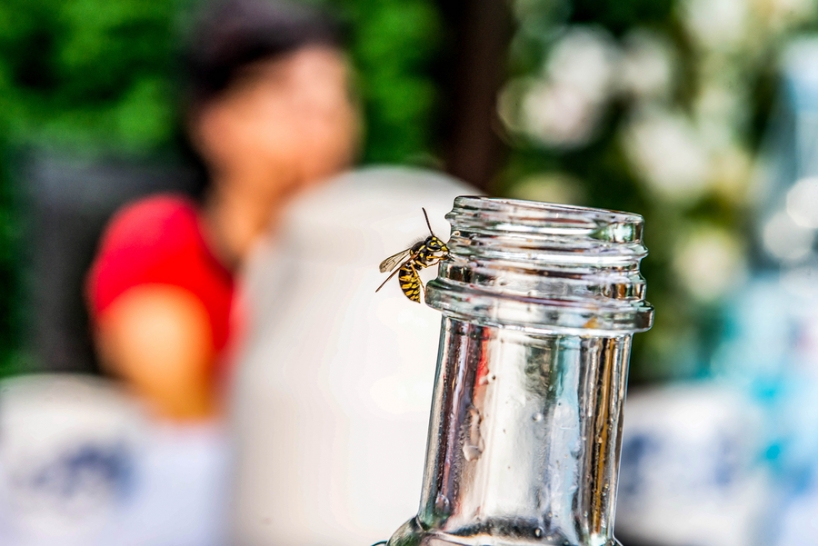 Wasps are pretty much universally hated and have ruined many a picnic or barbecue. We know that summer is peak time for wasps but there is a specific part of summer when wasps not only increase in numbers but are at their angriest as well. Here is how to deal with wasp season.

What and when is wasp season? 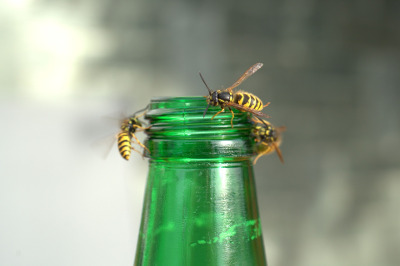 What we call wasp season occurs at the end of the summer. During most of the summer months, the wasps dutifully build their nest and are rewarded with a constant supply of sugary liquid to feed on. This liquid is produced by wasp larvae that live in the nest. When the queen has laid the last of her eggs, this food supply dries up. With no food source, the wasps are essentially banished from the nest and must search for new food supplies.

As they feed on sweet things they will target anything sugary which includes fruit, fizzy drinks, sweets and cakes, and even alcohol. They’re especially drawn to overripe, fermenting fruit that drops from trees, but this has an inebriating effect that can make them clumsy, brazen, and angry. Yes, wasps can get drunk!

The result is an increase in displaced wasps that are hungry and aggressive, and this is what is known as wasp season.

How can you minimise the impact of wasp season?

Clearly, this glut of angry wasps is nobody’s idea of a good time, so you need a few strategies to defend yourself and minimise your encounters with them. Luckily, there are a few things you can do that can make a big difference and give you some protection:

Keep food covered up and cleared up

The best thing you can do is not provide them with a target. They are really just acting on survival instincts to feed themselves so be mindful of the foods that they like. Always clean up food waste and spills and keep food away in the fridge or cupboards and cover it tightly. Even when eating outdoors, try to keep things covered up as much as possible and consider using bottles or covered cups for drinks if you can. Be very careful about going back to an opened can of drink as wasps can be inside, unseen and this can result in a nasty sting on the mouth.

Tidy up around fruit trees and bushes

If you have fruit trees or bushes in your garden, be vigilant in picking up windfall and pick fruit as they ripen. Remember, it’s these that can make them particularly aggressive so you want to avoid that as much as you can.

Use a fly screen

A good fly screen, such as an aluminium one, will keep most flying insects out of the house, at least through the door. This works well in conjunction with clearing up food waste as you’re removing both the things they’re attracted to and their main method of entry.

Get some insect killer spray in

It is handy to stock up on insect killer spray anyway as it’s effective against a variety of insects, including bed bugs, cluster flies, moths, ants, and silverfish as well as wasps. It will kill any insects that come into contact with it so you can spray on surfaces as a precautionary measure if you spot an increase in wasps outside and it doesn’t smell or stain. 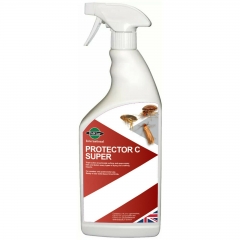 While it can be an instant reaction to try and swat them away when they come close to you, flapping will only make it more likely that they’ll sting as they’re already pretty angry. Try to stay as still as possible. Contrary to popular opinion, they won’t sting just for the sake of it, but they will if they feel under attack.

Know what to do if stung

A wasp sting can be sore but unless you have an allergy, they’ll just hurt for a while and then ease off usually. However, it is useful to have some remedies around just in case. Antihistamine cream or tablets can minimise any reaction and reduce the sting. Likewise, ice or a cool pack applied straight away can soothe a painful sting.