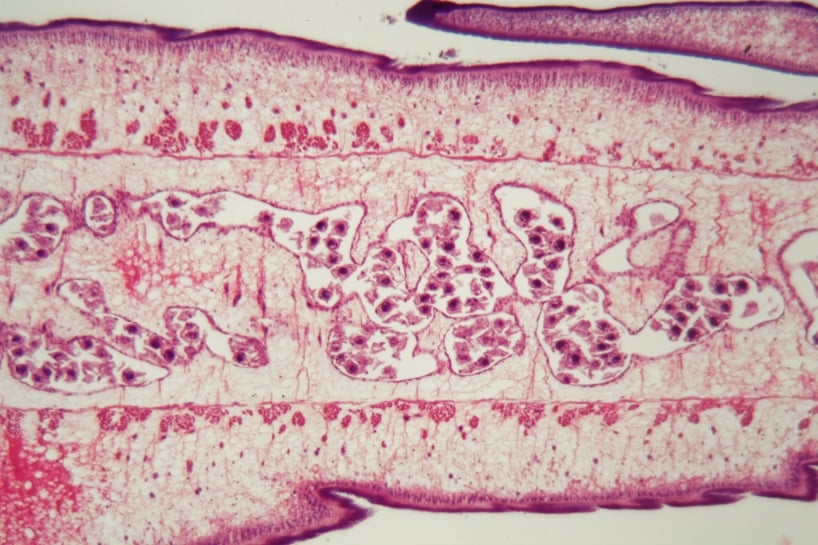 Parasites aren’t something anyone likes to talk about, and with good reason. The name ‘parasite’ is given to any creature that feeds off of another living creature to survive, and they can often cause a wide range of health problems, such as weight loss, weight gain, sickness, and tiredness. Many people associate parasites with developing countries, animals, or poor hygiene, and so never think to be aware of the risk of catching parasites themselves. However, the World Health Organisation reports that over 1.5 billion people – around a quarter of the world’s population – could be living with parasites, meaning you should still take steps to protect yourself. Part of protecting yourself against parasites is to look out for any symptoms of infection so you can recognise them in yourself and others. This will help you get rid of any infection or, better yet, prevent the parasites from entering you in the first place! That’s why we put together this list of five common UK parasites, what to look out for, and what you can do about them. 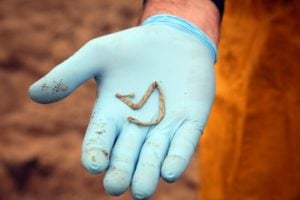 Tapeworms are one of the most common parasites in the world. They look like flat bits of ribbon, and live in your gut, where they can grow to quite incredible sizes – the largest tapeworm ever discovered was a mind-boggling 50 feet long!

How Can You Catch Tapeworm?

Tapeworm can live in animals and humans, so the most common way people catch tapeworms is by eating undercooked meat. Tapeworm eggs are often passed out when people go to the toilet, so they can also spread from people who don’t wash their hands properly after visiting the bathroom.

How to Prevent Tapeworm

The most obvious one is to always make sure you wash your hands after visiting the bathroom and to make sure you know everyone at home or at work is doing the same. For businesses, this means making sure you have an anti-bacterial soap dispenser in the bathroom! It’s not just bathroom hygiene you should be wary of, though – it’s important to keep clean in the kitchen, too! Make sure you don’t eat raw or undercooked pork, beef, or freshwater fish (like salmon or trout) and always wash your hands before and after handling raw meat. You should also wash fruit and veg before you eat them – tapeworm eggs can survive on the outside of fruit but they won’t dig inside them, so a quick rinse will take care of them. 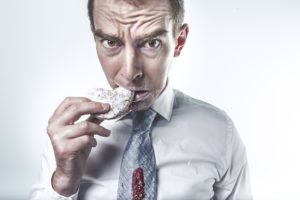 Tapeworms often don’t show that many symptoms and the ones they do show can easily be confused for other illnesses. You might have some stomach aches or slight nausea along with weight loss, but a more likely symptom is weight gain. Tapeworms do technically cause you to lose weight as they sit in your gut and absorb nutrients, but this has the side-effect of increasing your appetite. This means you’ll be hungry more, so you’ll want to snack more, which can actually cause you to gain weight. Most people don’t experience any of these symptoms, though; they only find out they have tapeworms when they go to the toilet! Tapeworms grow so long that parts of them will eventually be passed when you visit the toilet. It can be stomach-turning to see a flat worm wriggling around in your toilet bowl, but try to stay calm and book an appointment with your doctor – most tapeworm treatments consist of a single tablet and are very routine. 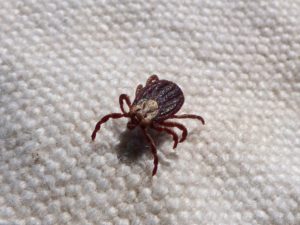 Unlike the other parasites on this list, ticks don’t actually live inside your body – not all the way, at least! Ticks are bloodsucking parasites which burrow their heads under your skin to get at your blood. This is unpleasant, but luckily it makes them fairly easy to spot. It’s far better to take measures to prevent ticks in the first place, though; tick bites can cause Lyme disease, a painful disease which can last for years in some cases.

How Can You Catch Ticks?

Ticks much prefer animals to humans as we don’t have thick fur for them to hide in. This means ticks are much more common in cats and dogs than they are in humans, but they can be passed from our pets onto us if you’re not careful. In rare cases, you can catch ticks from long grass or wooded areas, particularly if you’re walking around with uncovered legs.

How to Prevent Ticks

You can’t stop your cat or dog from being exposed to ticks while they’re outside, but a regular spot-on treatment will ensure the ticks aren’t able to latch onto your pet’s skin. 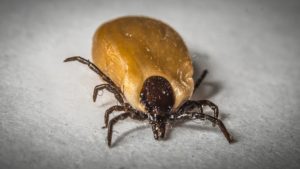 Ticks don’t technically ‘bite’ you – instead they burrow their heads under your skin and stay latched on for a couple of days while they feed on your blood. Tick bites are often painless, so you’ll have to keep your eyes open for them. If you spot one, you can remove it by gently but firmly gripping it with some tweezers, as close to the skin as you can get it. Pull the tick directly upwards and try not to crush it as this will make removing it much harder. 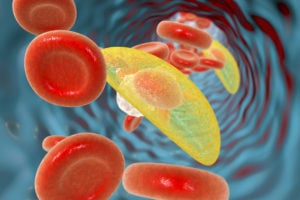 Toxoplasma gondii is an extremely common parasite that’s thought to live inside around half of the world’s population. It’s a remarkable feat of evolution; it only reproduces inside cats but can survive in any warm-blooded animals, including humans. It’s adapted to infect rodent’s brains, where it works to make them more reckless and take more risks that are likely to get the rodent host eaten… by cats! Once the parasite is inside a cat, it can reproduce and the process can start again. Some studies have claimed toxoplasma can have a similar effect on humans as it does on rodents, and while we’re not likely to get eaten by cats, there is some evidence to suggest toxoplasma can make us more reckless and impulsive. The science on this is far from settled, though, so if you’re an impulsive shopper you shouldn’t blame it on a parasite just yet! Toxoplasma can also cause a condition known as toxoplasmosis which is relatively harmless and can make you feel a bit under the weather for a couple of weeks, although it carries some more serious health risks for pregnant women and people with HIV.

How Can You Catch Toxoplasma?

The toxoplasma parasite can only reproduce inside a cat. This means, if you’re a cat owner, you can catch it from handling cat litter. As toxoplasma can survive in any mammal, though, you can also catch it from raw or undercooked meat as well as cured meats.

How to Prevent Toxoplasma 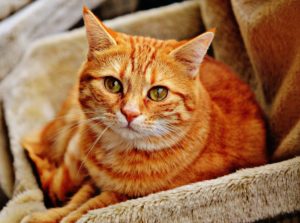 If you’re a cat owner you need to take extra precautions when changing your cat’s litter tray – make sure you wear gloves or wash your hands thoroughly afterwards. If you’re pregnant or you have a compromised immune system, you should get someone else to change your cat’s litter tray. Cat owners should also be especially careful to clean their kitchen worktops with anti-bacterial spray just in case your cat has tracked something from its litter tray onto your worktop. You should also steer clear of potentially undercooked meat or cured meats like Parma ham if you’re pregnant, have HIV, or are undergoing chemotherapy. After handling raw meats, make sure you thoroughly wash your kitchen worktop and chopping boards.

Symptoms of Toxoplasma and Toxoplasmosis

Toxoplasma itself doesn’t cause any symptoms, but toxoplasmosis can result in some mild flu-like symptoms that can last a few weeks. Once you’ve had toxoplasmosis once, you’re immune to it for life, so it could be that you’ve already had it without realising. If you’re pregnant and you have concerns about potential toxoplasmosis symptoms, you should see your GP as soon as possible. 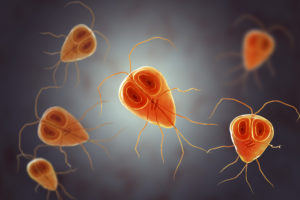 Giardia is relatively rare in the UK as it’s most commonly picked up by drinking contaminated water, but the rise in the number of people travelling and backpacking means reports of giardia have increased over the past few years. It causes a tummy bug known as giardiasis which can be very unpleasant.

How Can You Catch Giardia?

Giardia is usually caused by drinking or swimming in contaminated water. This means you need to be very careful if you’re travelling in a developing country where clean water isn’t a given. You can also catch it by eating infected food that hasn’t been prepared properly, so you should be wary when cooking, too.

How to Prevent Giardia

Always make sure you know the water you’re drinking is clean and hygienic, especially if you’re travelling. Don’t be tempted to go swimming in lakes or rivers unless you know it’s safe, as it could be contaminated.

Symptoms of Giardia and Giardiasis

Giardiasis is a really unpleasant condition, causing diarrhoea, stomach cramps, bloating, and severe flatulence. It can be hard to differentiate this from other stomach bugs, but if you’ve been travelling and you’re suffering from diarrhoea, it’s usually a good idea to get it checked out. If you have giardia, it can easily spread to people around you unless you’re very diligent with cleaning, so try to stay away from people if you can help it. 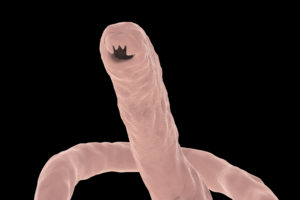 Hookworms are incredibly common in the UK, especially in children. Unlike most other parasites on this list, hookworms don’t need to be ingested to infect a host – they can tunnel through your skin until they end up inside your intestine. Hookworms are an evolutionary marvel, which would be amazing if it wasn’t so disgusting! They’ve adapted to survive in the dirt until a host steps on them. From there, they’ll tunnel into the host’s skin and into their bloodstream, hitching a ride into the lungs. This irritates the lungs and makes the host cough, which launches the worm out of the lungs and into the throat. The worm then waits in the throat until the host swallows, giving the hookworm a free ride into the gut, where it can start to feed and grow.

How Can You Catch Hookworms?

How to Prevent Hookworms 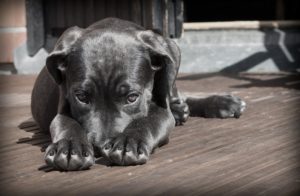 If you have pets, make sure they keep up with their vaccinations and worming tablets to reduce the risk of them catching hookworms and passing the parasites on to you. You should also be careful of where your children are playing – try to discourage them from playing in areas that are likely to be contaminated by animal mess. If you’re in a part of the world without modern sewage systems, make sure you only drink bottled water.

The first sign of hookworms is an itchy rash on your skin. This is usually very small, and it may actually be shaped like a worm as it’s caused by the parasite entering your skin. You might also notice a tickly cough as the worms irritate your lungs, followed by stomach cramps and diarrhoea once the worm settles in your stomach. If you’re worried about hookworm symptoms, visit your GP – they can prescribe tablets that will get rid of the worm for good.