You can't beat the ice-cold chill of an air conditioner. If you need to keep cool in a large, open, or hot south-facing room, an air conditioner is the only choice! Our range includes wall-mounted, ceiling-mounted, and portable air cons to suit any requirements. 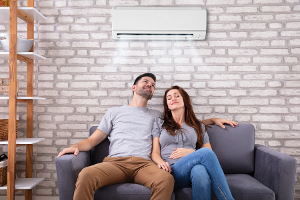 Air con units are used across the world to keep large spaces ice cold. They can instantly chill rooms of almost any size, making them extremely popular in spaces that are simply too large or too hot to cool with a fan.

Air cons have been around for over a century for a simple reason: they’re really cool! They have a few big benefits that make them the only choice for certain applications.

The main benefit of air conditioners is that they simply offer much more cooling power than anything else out there. This means they can cool even very large or very hot spaces effectively. If you have a large office space, a warehouse, or a south-facing living room that gets unbearably hot, an air con unit is the most practical solution.

Can Be Installed Inside Walls

If you need to keep cool in a busy or cluttered space like a warehouse or a shop floor, taking up more floor space with a bunch of fans isn’t practical. Many air con units can be installed inside walls or ceilings, making everything look a little tidier!

Can Be Used as a Heater

Many modern air conditioners are fitted with a heating element so they can be used as a heater! This means you can use them all year round to keep your room at a comfortable temperature.

What to Look for in an Air Conditioner

Air cons aren’t one-size-fits-all items. There are many different varieties that are all good at different things. Here are a few things to look out for when you’re shopping around. 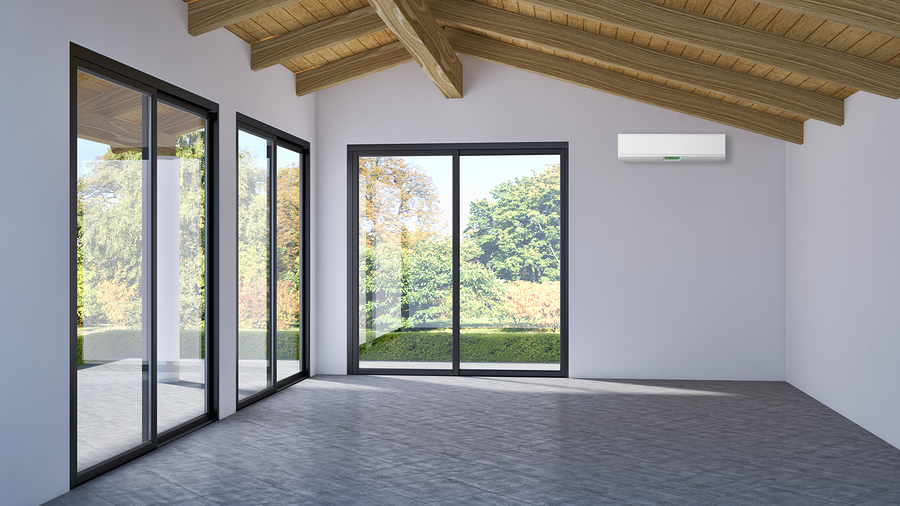 The most important numbers to look for are the heating and cooling capacity of your air conditioner. An air conditioner is a big investment for anyone, so you want to know that it’s powerful enough to do the job! Cooling capacity is measured in British Thermal Units (BTU). More powerful air con units will generally have a higher BTU capacity. A general rule of thumb is to that you want around 350-400 BTU per square metre in the room you want to keep cool. This is only a guideline, though; it can be affected by the number and size of windows in the room, how well-ventilated the room is, if there are a lot of soft furnishings, if you’re active in there, and so on. A south-facing gym room will need a much more powerful air con than a well-ventilated living room of the same size, so bear this in mind.

As a result of the way air con works (more on this later), they also act as dehumidifiers. The amount of moisture they can extract from the air is measured in litres per day, so if keeping the air dry is important to you, this will be an big feature to look out for. 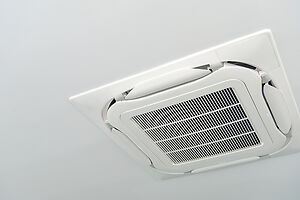 You should also think about where you’re going to put your air conditioner once you’ve bought it. Do you want to wall-mount or ceiling mount the unit, or do you want a portable model that you can place anywhere? While all air conditioners are heavy, you want one that’s relatively lightweight when looking at a portable unit.

If being eco-friendly is one of your top priorities, then you should check what kind of coolant your air con uses. All modern units have to meet certain environmental standards these days, but there are still some that are more eco-friendly than others. Generally speaking, R-290 and R-600A are the best as they cause no damage to the ozone and don’t really contribute towards the greenhouse effect.

All air cons must have an exhaust that lets them vent out hot air. You’ll want this exhaust to lead outdoors, whether through your walls or out of an open window. This is more of an issue for portable air conditioners, but you’ll need to ensure your exhaust is long enough to do this! You should also bear this in mind when you’re placing your air conditioner – you don’t want a highly visible exhaust duct trailing across your room if you can help it.

How Does Air Conditioning Work?

There are two rules to remember when dealing with air con. The first is that, whenever a liquid evaporates, some of its heat is lost. The second is that, when a gas is compressed, it becomes easier to turn back into a liquid. An air conditioner uses both of these rules to constantly cool air in a neverending loop. The process is simple in action, but it requires a lot of complex moving parts all working together at once. This means air cons tend to be large and heavy, but you can’t argue with the cool results they give you!

The process starts when the air con pulls in warm air from your room using a fan. This warm air is blown over a pipe full of chilled coolant. Coolant is an unstable liquid that’s very easy to evaporate, which is an important point to remember! Heat is transferred from the air into the refrigerant, and the now ice-cold air is blown out into the room.

This is only half the story, though. The coolant inside the pipes is now not very cool at all; and in fact, it’ll have heated up so much that it’ll have evaporated. Your air con is now left with a hot gas that it needs to cool down again, so it pushes it through a compressor and a condenser. This process turns it back into a cool liquid, and the loop starts again.

One important thing to note about this process is that you can’t ever “lose” heat energy – you can only move it somewhere else. When the refrigerant gas is compressed and cooled, the heat it contained has to go somewhere. This means every air conditioner will need an exhaust to vent out warm air – naturally, you’ll want this exhaust to lead outside!

As a side-effect of this process, an air conditioner will also dehumidify the air while it’s running. This is because warm air holds more moisture than cold air. As the air con cools warm air, it causes condensation to form inside the unit. This condensation is drained away, resulting in a cooler, drier airflow.

History of the Air Conditioner 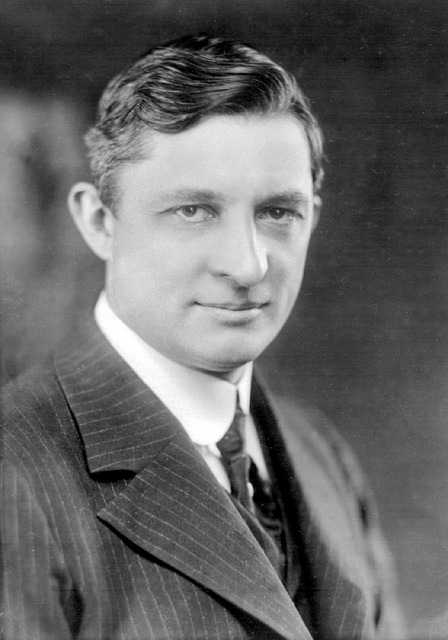 People have been trying to cool down for thousands of years. Fans and evaporative coolers have been used across the world since ancient times, but air conditioners are a relatively recent invention. The first one was invented by an American named Willis Carrier in 1902, although it wasn’t designed with cooling in mind; it was designed to control humidity at the printing press where he worked. It would blow air through coils filled with cold water, which would lower the humidity of the room while also chilling the air.

This invention proved to be popular, so Carrier founded his own air conditioning company in 1915 to develop it further. Carrier and his colleagues realised that air conditioners could be used almost anywhere, but they were still too big and bulky to be practical. Over the next few years, they worked on compressors and condensers to reduce the size of their units, and in 1925 Carrier persuaded the Rivoli – a cinema in Times Square, New York City – to install one of his new and improved air con units. This proved to be a smash hit, and it was a massive success for both Carrier and the cinema industry, with hundreds of cinemas following suit. It single-handedly turned the summer months into the film industry’s most popular time of the year, which started the tradition of the summer blockbuster!

Air conditioning was so successful that it spread across the USA quickly, and people soon started to refine and improve the design. One way they did this was by using refrigerant gas, although this led to some teething problems. Early air cons used gases like ammonia or propane, which were flammable and toxic. The need for a safe coolant led to the invention of Freon, which was completely inert and was used in air con units and refrigerators for decades. However, Freon wasn’t perfect, either; it had a severe impact on the environment and, when released into the atmosphere, was depleting the planet’s ozone layer. Nowadays, air cons use gases like R-410A which is much more eco-friendly.

The technology has been constantly improved over the last few decades. Parts are now much smaller and more efficient, which has dramatically reduced the size and cost of air conditioners. Nowadays, you can even pick up a portable air con unit, perfect for stiflingly hot homes and offices. While they do use more energy than fans and air coolers, if you want unbeatable cooling power on a large scale, your only choice is an air conditioner!