Air coolers give you more chill than a fan for a fraction of the cost of an air conditioner. They use natural evaporative cooling to blow cold air around your room. Choose from a variety of stylish, modern designs below - our range includes models with remote controls, timer functions, ionisers, and more! 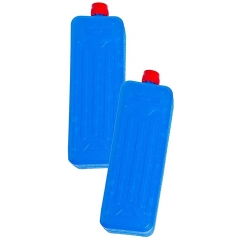 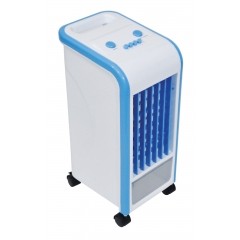 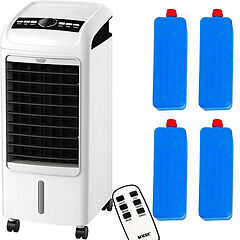 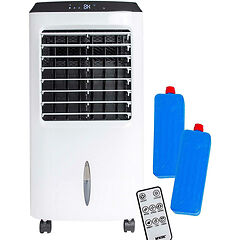 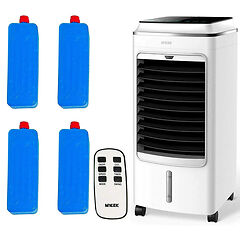 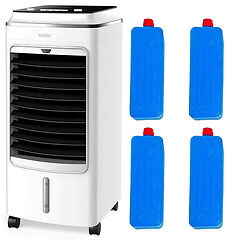 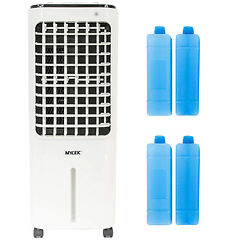 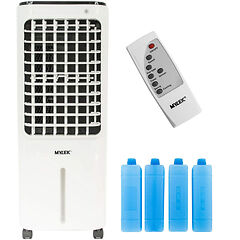 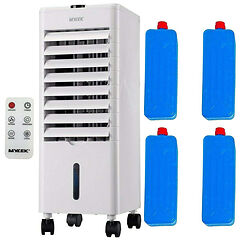 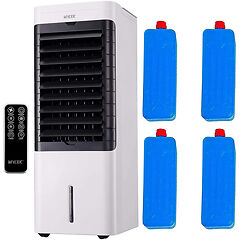 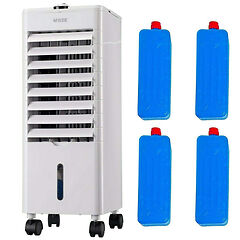 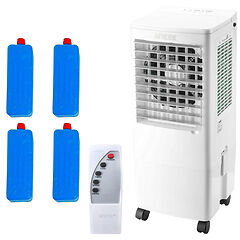 A Large capacity and portable air cooler - with remote control, timer and oscillation 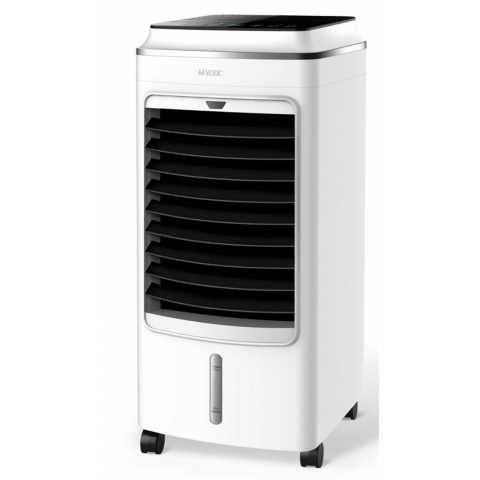 An air cooler is one of the best ways to keep cool on a hot day. They provide the perfect balance between the cooling power of an air con unit and the size and low price of an electric fan, so it’s no surprise that they’ve exploded in popularity over the last few years. This guide will tell you all you need to know about air coolers so you can pick the best one for your needs.

How Do Air Coolers Work?

Air coolers use a process known as evaporative cooling to chill the air in a room. Inside each unit, you’ll find a fan, a water tank, and a sheet of absorbent material. When you fill the tank up with cold water, it’s gradually soaked up by the absorbent cooling pad. The water in the pad will evaporate, sucking some of the heat energy out of the air as it does so. This cool air is then blown out into the room by the fan. It’s basically a micro version of the way the sea breeze cools as it blows in from the ocean, and it gives your room a more natural-feeling cool airflow.

This process is very different from the way air conditioners work – air cons use refrigerant gas which repeatedly evaporates and then condenses again to suck the heat out of the air. This process is much quicker and makes the air a lot colder, but it needs a lot of complex machinery to pull off. Air coolers are not air con units and you shouldn’t expect the same cooling performance from them, but they are much more affordable, lightweight, and cheaper to run. As a result, air coolers are considered much more practical for everyday use around homes and offices.

How to Use an Air Cooler

To get the most out of your air cooler, you should first fill its water tank with cold water. All you need to do then is switch it on! For best results, place your air cooler near an open door or window. This will help it work with the natural airflow of the room and will cool you down more efficiently. Unlike an air conditioner, there is no exhaust to trail outside so you don’t have to do this, but it will help you cool your room down.

You can get a bit of extra chill from your air cooler by putting ice packs in your water tank. Some models – such as the MYLEK air coolers – actually come with free ice packs that you can use on those blazing hot days! For those days when it isn’t quite so hot, many air coolers also allow you to turn their water pumps off so you can simply use them as a fan. These features make them a really versatile air cooling solution that you can use in any room of the home or at work.

Benefits of an Air Cooler

The main benefit of an air cooler is that they provide a refreshingly cool breeze thanks to their use of evaporative cooling. If you add some ice packs into the water tank, you’ll end up with an icy blast of air that doesn’t use any more energy than a fan would.

Air coolers run very quietly, especially when compared to a large aircon unit. If you place them in the right spot, you can cool your whole room without being disturbed by a loud fan noise. This makes them suitable for use in the bedroom – perfect for those stifling summer nights!

As they’re very simple, air coolers don’t need to use much energy. They cool down the air using a completely natural process, they’re much more eco-friendly than air conditioners. This is good for the planet and good for your wallet!

Even when their tanks are full of water, air coolers are very light and portable. This means they’re easy to move around and position wherever you want in a room so you can get things just the way you like them.

If you’re looking for something that has a bit of style to it, most air coolers will definitely tick that box. They have a contained, minimalist look without being bulky, giving them a timeless feel. This makes them versatile and suitable to be placed in almost any décor. Pop them in the corner of a modern kitchen, a stylish living room, or even a professional boardroom – they’ll look great anywhere!

As we’ve mentioned a few times, air coolers aren’t full of complex machinery. This means they have plenty of room inside for manufacturers to add handy extra features without making the unit too bulky. These features can include an oscillating (swinging) fan, a timer function, and an ioniser. An ioniser helps purify the air and make it feel more refreshing, so it’s definitely worth looking out for!

Air coolers are incredibly low-maintenance. The only things you’ll need to do are to clean out the water tank and the cooling pad every so often. This usually isn’t too difficult, but it’s worth asking about before you buy. Try and pick a unit that’s easy to clean out as it’s something you will have to do every few months. 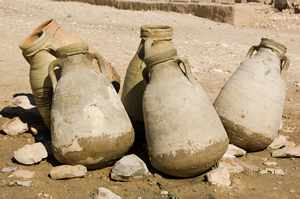 Evaporative cooling is a natural process – it’s been happening over lakes and oceans for as long as the Earth has existed. However, humans have been using evaporative cooling for longer than you might think. Ancient Egyptian stone tablets from around 2500BC depict slaves fanning pots of water keep rooms cool. These pots were made of a porous clay that was full of holes so it’d absorb water – it’s not so different from the absorbent fabric that you’ll find in the back of your air cooler! Some of these jars still exist today in some Arabic cultures – they’re called zeer, and they’re used to keep food cool.

In India, they used door screens made of long, fragrant grasses to keep the air cool. These grasses would be soaked in water and hung over wind-facing doorways. This would, in a way, turn the whole home into a giant air cooler! In some parts of India, these door screens are still in use.

Over here in Europe, evaporative cooling was mainly used to keep food fresh until the invention of the modern refrigerator. It’s believed that Leonardo da Vinci invented the first mechanical air cooler – his design used a hollow water wheel which would turn, creating splashes of water which would evaporate. The cool air from this water would be guided into various rooms around the home using pipes.

The modern air cooler as we know it was invented in the early 1900s in the USA. It was a lot more primitive than the stylish units you’ll see above, but the principle was exactly the same! They were made of a wooden frame which housed a damp cloth (or some other absorbent material like mulch), although the fan was housed outside the unit. Air coolers that had an electric fan built into the unit weren’t widely available until the late 1930s.