The next generation of electric fly killer is here. LED fly killers are more energy-efficient, more durable, and longer-lasting, making them the most advanced models on the market. Browse below and pick up a model for your home, conservatory, or workplace now. 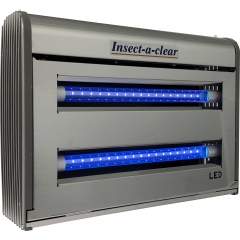 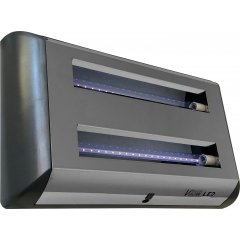 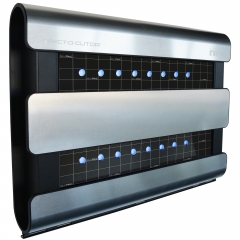 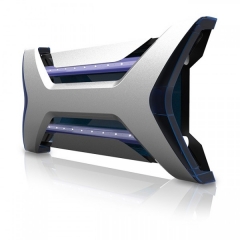 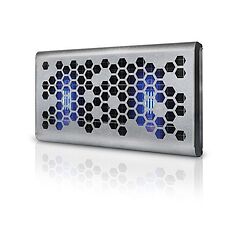 A stylish and discreet fly killer, ideal for front of house environments 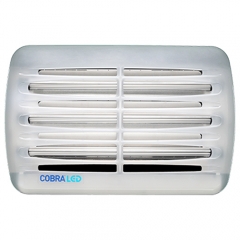 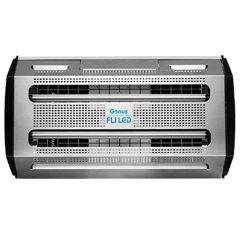 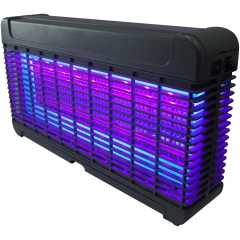 The Most Advanced Fly Killers on the Market

All electric fly killers use ultraviolet (UV) light to lure in flies, before zapping them with an electric grid or sticking them to a glueboard. For decades, the only option was to use traditional incandescent UV light bulbs, but nowadays there’s a more modern solution. UV LEDs are now available to consumers, meaning that fly killers are finally ready to evolve into the 21st Century. LED fly killers are here to stay – if you rely on a fly killer to keep your home or workplace pest-free, here’s why you should be interested.

LEDs work very differently from traditional UV bulbs. UV bulbs use a material called a phosphor – usually made from mercury - to produce UV light. UV light is actually invisible, and not to be confused with the purplish visible light that’s also emitted by the bulb. The phosphor degrades rapidly and will stop emitting UV light after around 12 months of use, although it’ll still give off that purple visible light. LEDs work differently, creating UV light by allowing an electrical current to flow between the positive and negative sides of a circuit. The emits light at a very short bandwidth – in other words, invisible UV light!

If all that sounds too technical, don’t worry – the important part is that, because it uses an electrical current rather than a phosphor, a UV LED lasts around three times longer than a traditional UV bulb! A UV LED lamp lasts for around three years compared to the one year you’ll get from a UV bulb. This is a big advantage, especially if you have multiple fly killers.

Chances are it’s been a while since you bought a traditional incandescent light bulb. This is because LED light bulbs use much less energy without any compromise on performance. Advances in LED technology means the same now applies to UV LEDs, too! LED fly killers use significantly less electricity than traditional models, so you can run them for longer without racking up a large energy bill.

This does mean that it’s hard to measure an LED fly killer in terms of watt power. With traditional units, you can generally tell that more power means more UV light, which in turn means they’ll cover a wider area. If you need a fly killer for a very large or very bright room, just go for a powerful 40W model. With LEDs, this isn’t really the case anymore. They deliver the same performance while only using a fraction of the power of a traditional model. Always check the unit’s area coverage before purchase to make sure it’ll meet your requirements.

LEDs are small, extremely durable objects. They don’t need to use any fragile components in their construction, meaning they’re much tougher than traditional bulbs – even shatterproof bulbs. If you need a fly killer for a busier, more hectic environment, an LED model is your best bet.

One benefit you may not have thought of is that LED fly killers often have a sleeker, more modern look. As LEDs are much smaller than traditional bulbs, they give manufacturers more freedom when designing their fly killers. While you might not think of fly killers as particularly stylish things, if you need a fly killer for a customer-facing environment, an LED model will probably be a much better-looking option.

LED fly killers are available in two varieties; standard electric killing grid and glueboard. Both lure flies in the same way, but the ways they dispose of the insect are very different.

First, the standard – the electrified killing grid. This is the most common type you’ll find because it’s simple and low-maintenance. It uses an electrified grid to shock the fly with a high current, killing it instantly. As you might expect, this does result in some crackling sounds and it can vaporise parts of the fly, flinging particles out into the room. While this sounds unpleasant, the tiny particles of fly remains aren’t enough to present a risk in anything but the most hygiene-sensitive environments.

If you need pest control in a kitchen, care home, or another ultra-hygienic environment, you’ll need a glueboard fly killer. As the name suggests, a glueboard traps flies on a sticky surface. This has a few advantages over the standard models, namely that it’s quieter and more hygienic as it keeps fly remains trapped in one place. However, you will need to regularly change out the glueboards as they get filled up with flies. This means their running costs are slightly higher than standard models. Which model is best for you depends on your needs; do you need a more hygienic or a lower-maintenance model?