LED Fly Killers – How Do They Work? 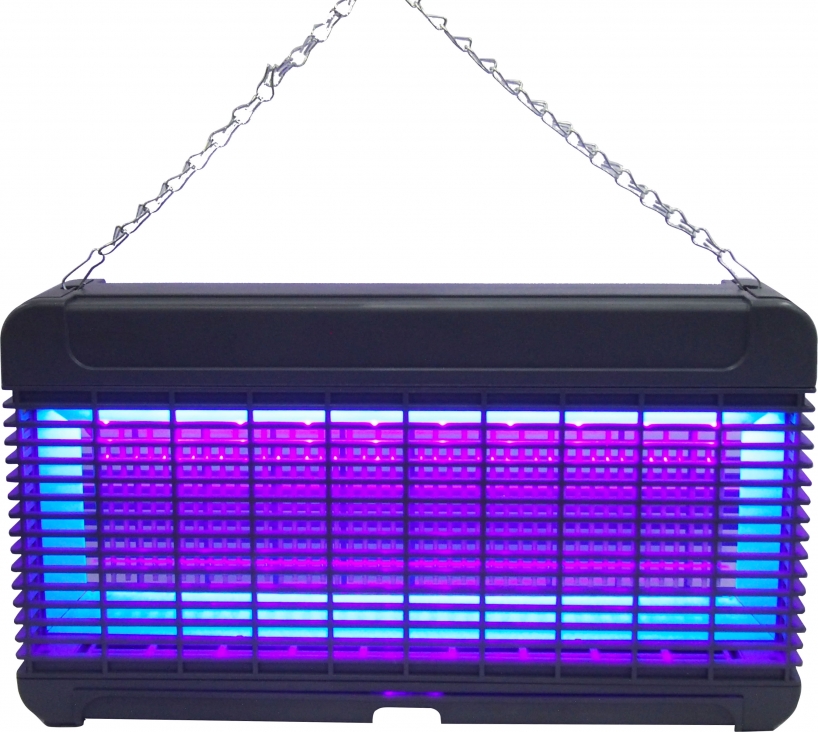 LED electric fly killers offer you the latest in pest control technology. They’re low-energy but high-performance, making them the perfect eco-friendly way to get rid of flies. This article will tell you more about these cutting-edge fly killers so you can upgrade you pest control setup – whether you’re a tech lover or simply someone who wants to make their home more efficient, you’ll want to read on! 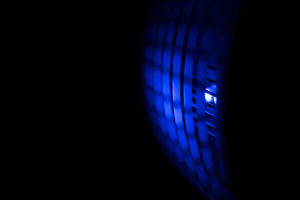 UV light is invisible to the human eye, but incredibly attractive to flies You probably know a little bit about how electric fly killers work already. They lure flies in with a UV light and stick them to a glueboard or zap them with an electric killing grid (if you want to know a bit more about how this works, check out our guide to fly zappers here).  Since it was invented over 100 years ago, this design – while it’s been refined and modernised – hasn’t actually changed that much. This is probably because it’s very effective at getting rid of flies! You might think that’s all that matters, and if that’s all you want from a fly killer, you’ll be fine with the old UV bulb models. However, there are a few problems with this century-old design that means you might want something more modern. 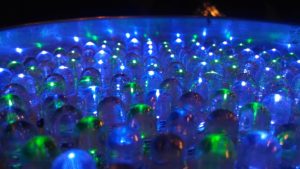 LEDs are tiny, lightweight bulbs Traditional UV bulbs use something called a phosphor – a substance which gives off light when it’s excited by an electric charge. In the case of UV bulbs, this phosphor is mercury, a substance which gives off both visible light and invisible UV light. The mercury phosphor degrades after about 12 months, meaning your fly killer won’t be giving out any bug-attracting UV rays. This means you’ll have to replace the bulbs at least once a year to ensure they’re still working! UV LEDs are slightly different. They don’t use phosphors to give off UV light, and instead make clever use of electrical currents to lure in flies. By allowing the current to flow between the positive and negative sides of a circuit, the LEDs emit light at a very short bandwidth, which produces those all-important invisible UV rays. As this process uses electrical components rather than rapidly-decaying materials like mercury, UV LEDs will last much longer.

LED fly killers have plenty of advantages, offering a bug zapper that’s longer-lasting, safer, and more efficient. Here are a few reasons why UV LEDs are the future!

No Need to Replace the Bulbs 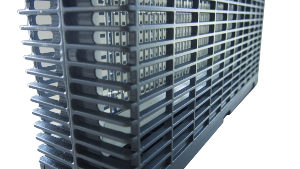 LED lighting strips are much tougher than regular light bulbs By far the biggest issue with traditional bulbs is that they need to be replaced every year. LED fly killers use UV LED lights that are hard-wired into the unit. These LEDs don’t use a phosphor to produce those bug-attracting UV rays, so they don’t degrade over time. As a result, they can last over 10 times as long as traditional bulbs, giving you over 20,000 hours of continuous use! What this all means is that you’ll never have to replace those bulbs, saving you money in the long run!

LEDs are much less fragile than those long glass tubes. If you plan on using your fly killer in a busy or cramped area, or if you want something that’s extra-safe to use in homes with small children, you should look at an LED model.

LEDs are much smaller and lighter than fluorescent bulbs. This means you can easily pick an LED fly killer up and move it around wherever it’s needed. If you want to hang it from the ceiling, this also makes it much easier to install! This is an important feature as positioning is everything when it comes to fly killers – you need to put them in a place where their UV rays aren’t blocked by furniture or other things. 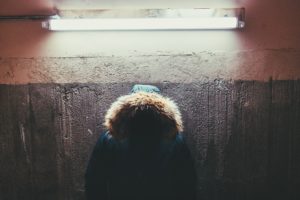 Ever wondered why light tubes make that humming sound? Fluorescent bulbs often give off a trademark humming sound. It’s quiet, but it can be annoying if you’re trying to relax! It’s a result of magnetic ‘ballasts’ which control the current flowing into the light bulb. LED lights don’t use this technology, so they run completely silently!

Big light bulbs can put out a surprising amount of heat. It won’t be enough to make you uncomfortable on its own, but on a hot summer’s day, they can be the tipping point that turns a hot room into a stifling one. LEDs generate less than a fifth of the heat of fluorescent bulbs, making them perfect for use in a fly killer – remember, you’ll mostly use it in the summer! 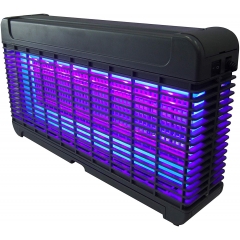 This fly killer model comes with super-bright LEDs and a convenient catching tray Area coverage is the most important thing to look out for when buying a fly killer. It tells you how wide an area it’ll cover in UV light, so you know how effectively it’ll attract flies. This means you can have the most advanced UV LEDs in the world, but without a well-designed fly killer to make the most out of them, that won’t count for much. Xterminate’s clever fly killer pairs cutting-edge UV LEDs with a practical design that gives you more area coverage for your money. It uses a double-sided design and reflective panelling to cover an area of up to 80m², making it suitable for large living rooms and offices. It can even be used in very bright areas like conservatories, where normal fly killers might struggle to compete with the natural UV rays from the sunlight. Its killing grid is housed inside a tough ABS plastic cage. Coupled with its durable LED lighting strips, this makes it one of the safest electric fly killers on the market! It’s even more hygienic than other fly killers, with a deep catching tray that you can remove and empty in a flash. All of this adds up to a fly killer that offers incredible value – even more so when you throw in the free hanging chain and cleaning brush that come packaged with the unit. If you want a fly killer that’s safer, tougher, and longer-lasting than the rest, Xterminate’s LED fly zapper is the best option out there!